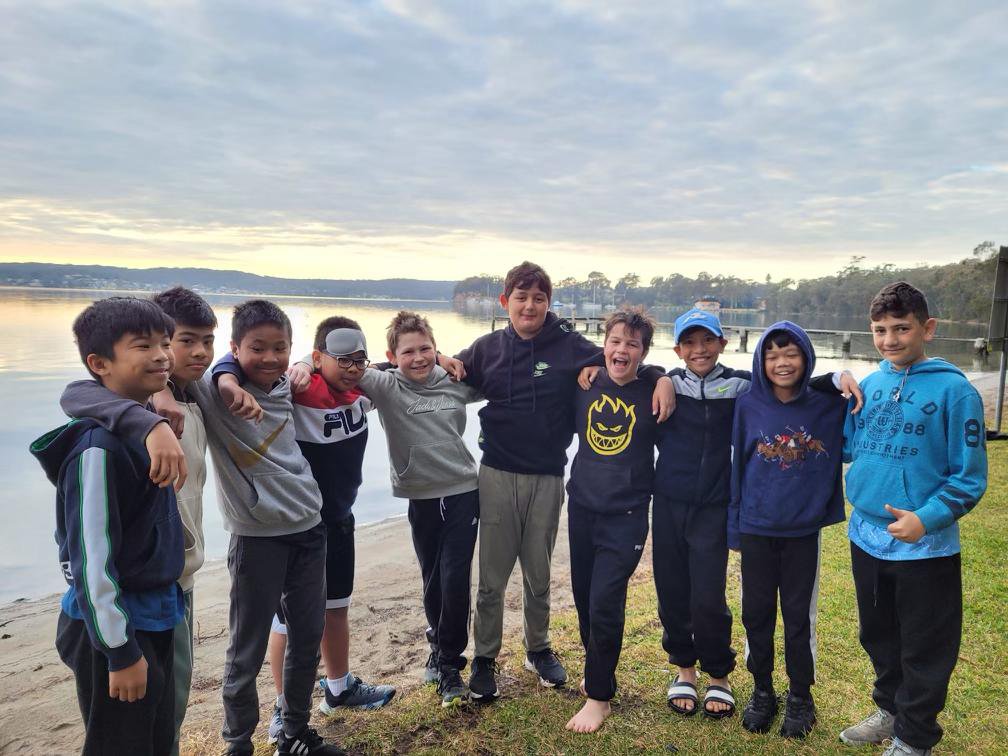 This year, the Year 6 Father and Son Camp was held at Point Wollstonecraft. Students and their fathers went to spend a fun and relaxing weekend bonding with each other over an activity-packed weekend. Enjoy Benjamin's account below!

Our father-son camp this year was one night and two days.

We arrived around 10 am and started to unpack and make ourselves comfy. There were three lodges, each with around 4 rooms. Each lodge had a ping-pong table and couches, where we could play games such as Jenga on the coffee table, overlooking the lake. We all went to mass together with our dads and then had lunch at around 12:30 pm.

After that, we split up into 2 groups. I was in group 1, and we went sailing. Group 2 went mountain biking. The sailing was really fun, as most of my friends and I had never sailed before. We rigged the sailboats (Just a small white craft big enough to fit 3 people), and then we set sail around the lake! To actually move, you have to pull on a long green rope, which unfurls the sail. Then, another person who is at the back of the boat would use the rudder to steer. The funny thing is, to steer right you have to push the rudder left, and vice versa. We picked up a surprising amount of wind and went quite fast. We also had the opportunity to go canoeing. I think my arms died inside that day.

For dinner, we had some chicken with mashed potatoes and peas, and some chocolate mousse for dessert. Amazing. We then played tip in the dark which was fun, and then went to the bonfire. We collected firewood together, and actually saw a possum; it was like 3 meters away from me! The fire was really cool, and whenever we threw some leaves on it, it would fire up. We prayed the rosary there as well.

When the fire died down, we played spotlight with Mr Aldous. You had to get to the other side of the field without being seen, and it was quite hard! I got out both times we played (I knew I should have brought black clothes). The next day, we woke up at 7:30 am and had breakfast. It was toast with pancakes and bacon, delicious!

We then went mountain biking, while group 2 went sailing. The bikes didn’t have much suspension, so you could feel basically every bump. We followed a long trail that twisted and turned, and suddenly emerged at a small beach. Cool! For lunch, we had a barbecued sausage sizzle. We also came quite close to some kookaburras!

I honestly love father-son camps, and this one was no exception. Can’t wait for next year! 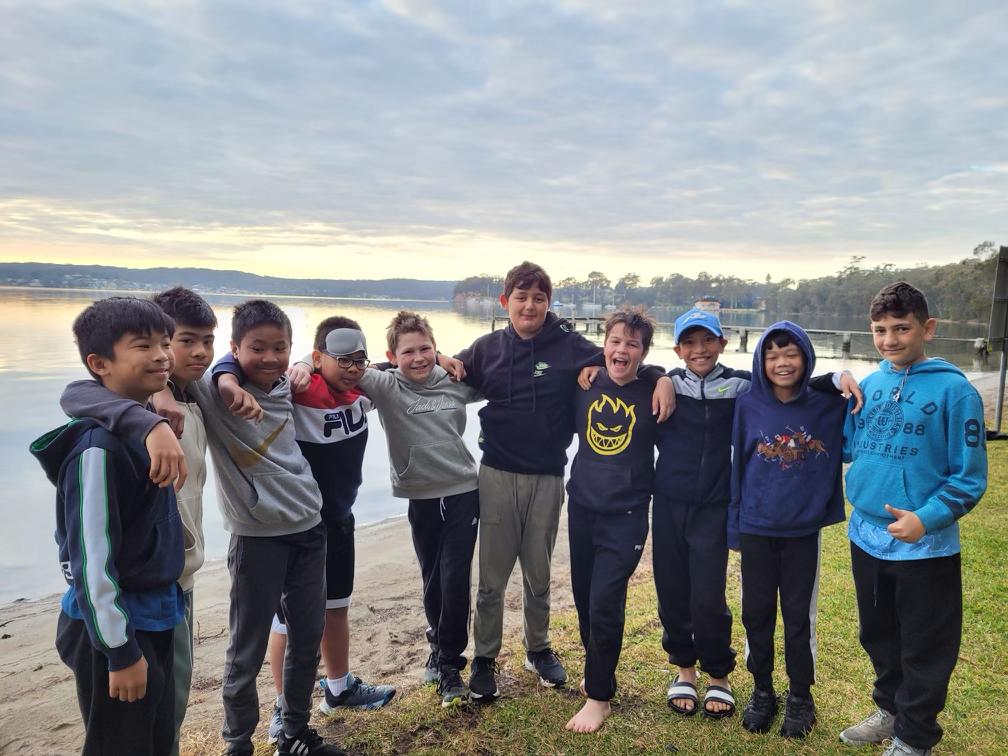 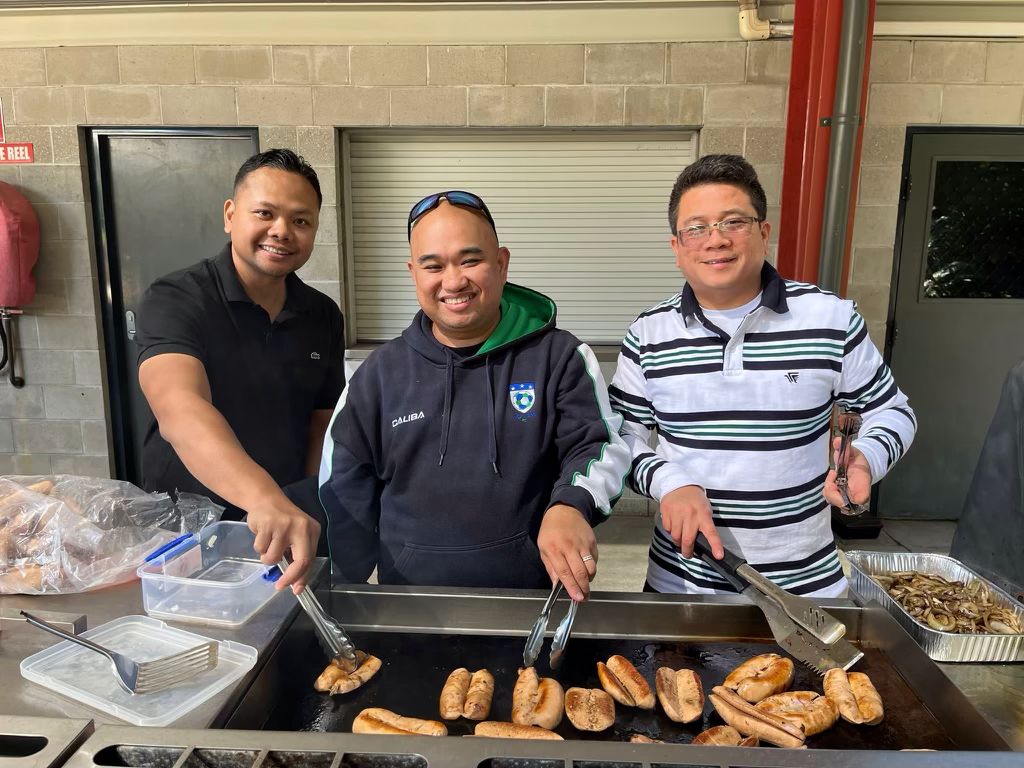 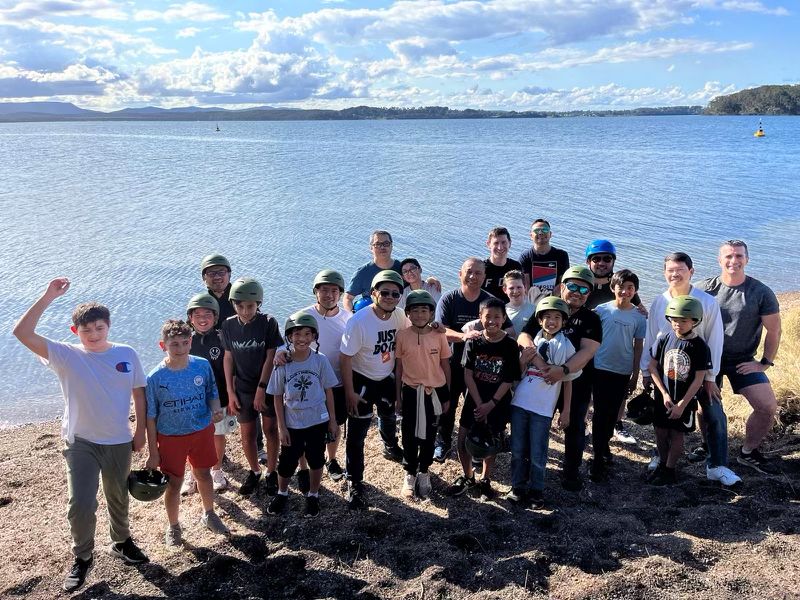 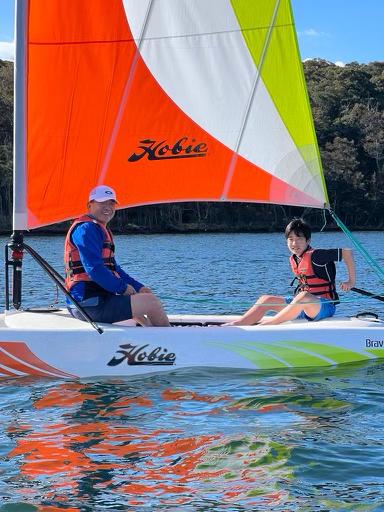 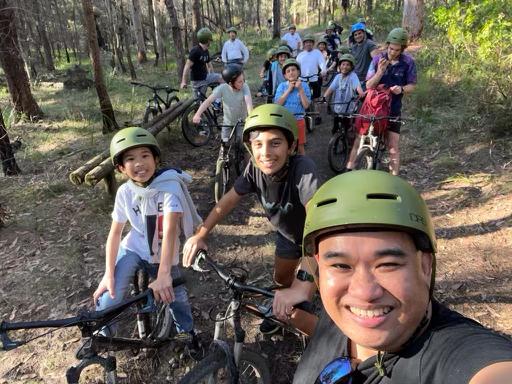