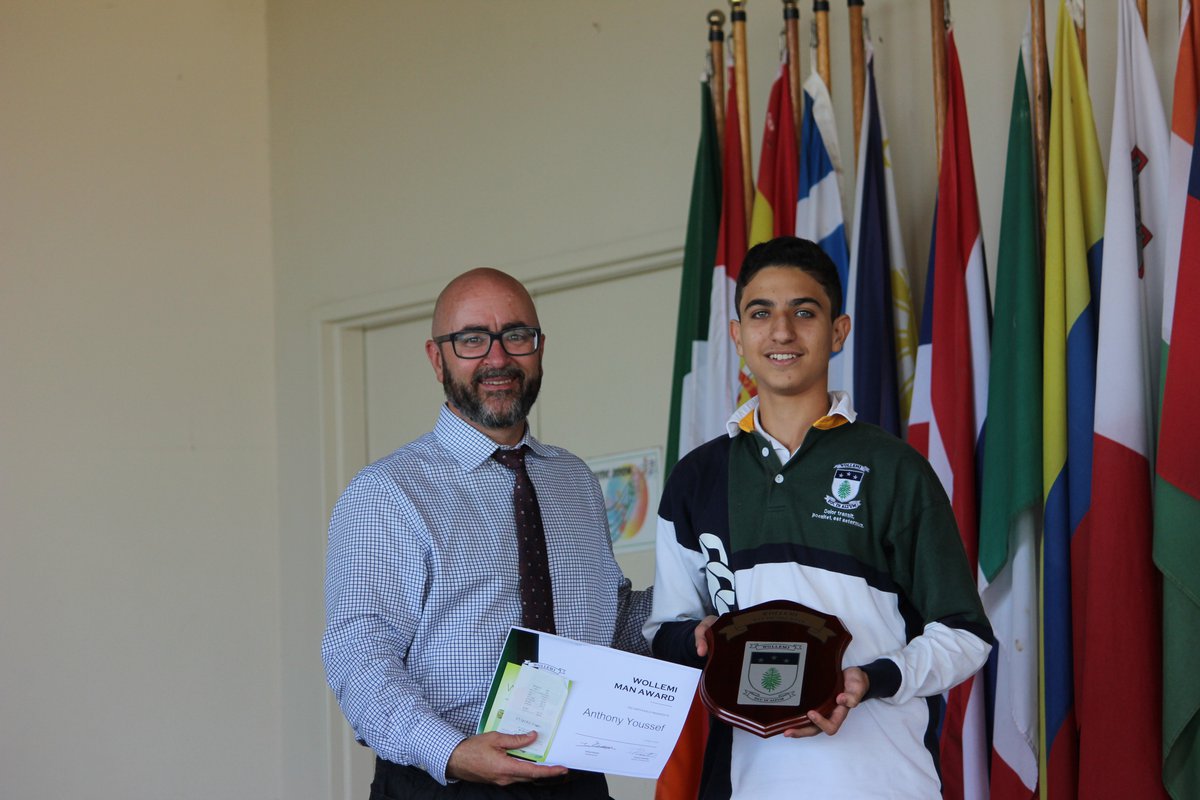 The Wollemi Man Award is presented at each Secondary School Assembly to a student in Year 7-12 who has demonstrated the School’s virtues through their deeds and actions. The award will be chosen by the School Executive from nominations put forward by both students and staff. The recipient is awarded the Wollemi Man Award Certificate, 25 House Points and a gift card.

Congratulations to our first recipient of the Wollemi Man Award for 2022. Anthony Y  (Year 12) was awarded the Wollemi Man Award at our last assembly. Anthony was nominated for the great care of others, compassion and selflessness he has shown to others. On his regular trip home, the train Anthony was travelling on skipped his usual station and went straight to the next. Anthony noticed a group of unaccompanied primary students from another school, had also missed their stop due to the train error. Despite his own schedule, Anthony disembarked the train with the Primary students and waited with them until their father had arrived and picked them up safely.  This speaks volumes of this young Wollemi Man’s character. 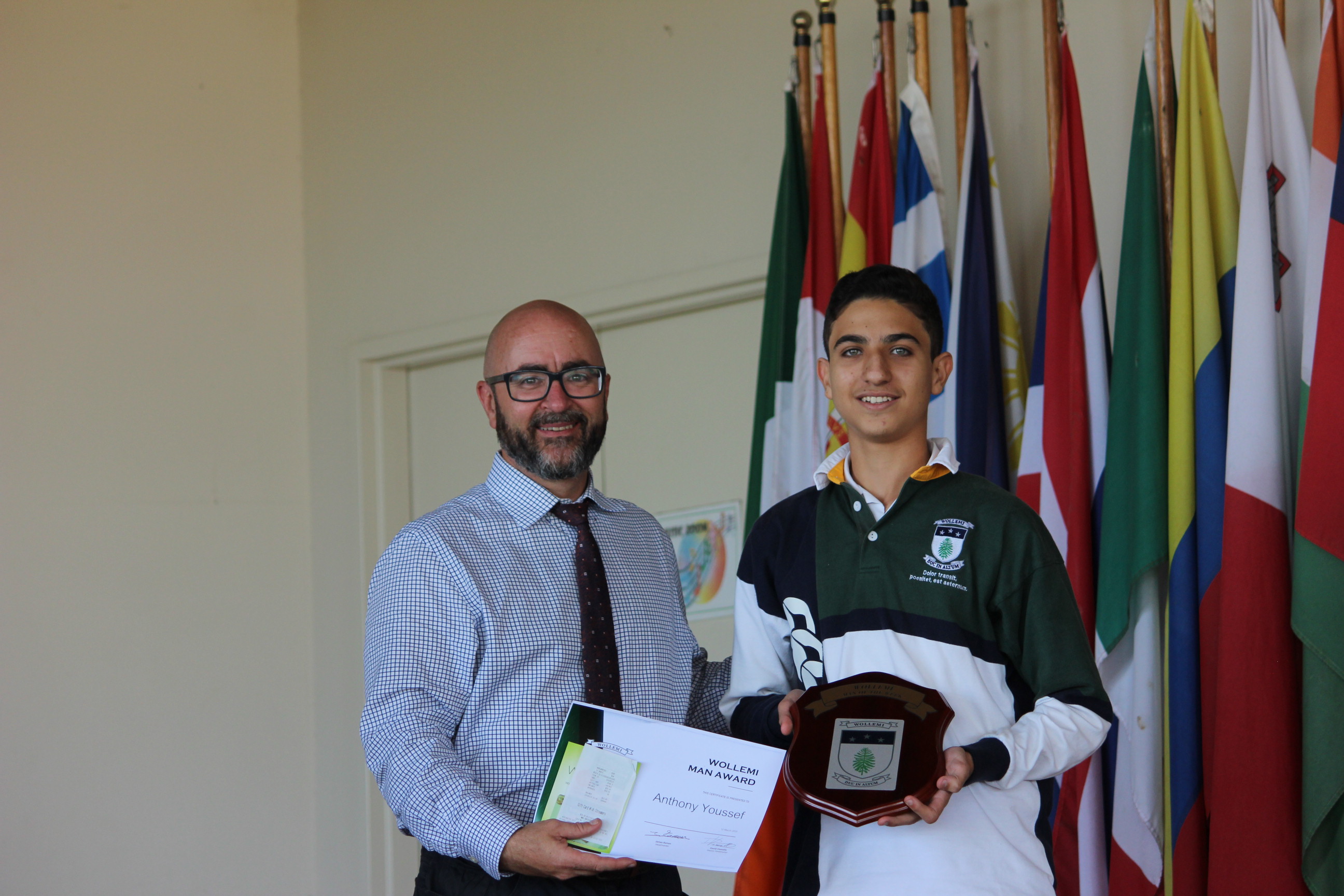